Edam, town of cheese and much more! 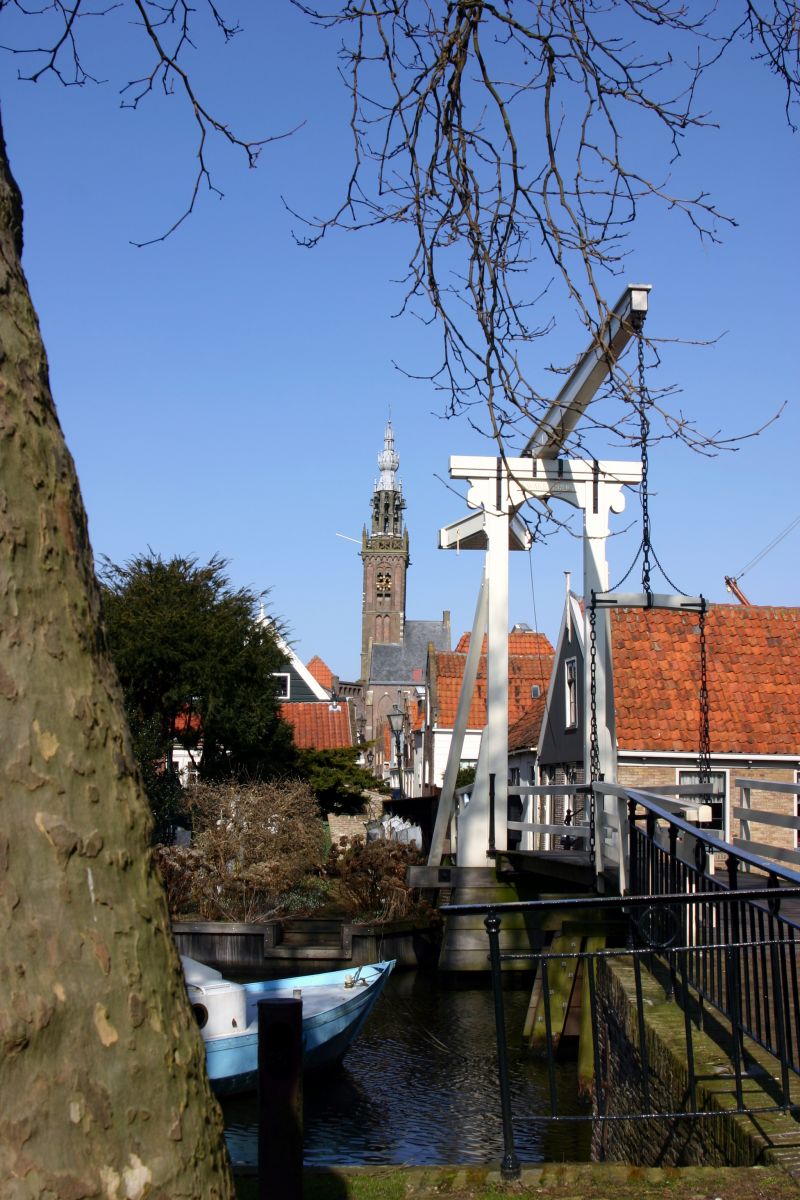 Thinking of Edam, your first association will be cheese. And of course, we are very proud of it.

Edam however, has many more to offer.

The city itself is a conservation area and it is wonderfull to stroll along the canals (called harbours), the streets and wondering old fronts dating from mostly the 17th and 18th century.

Just outside the city centre you can visit Fort Edam, part of the Defence Line of Amsterdam, with spectacular views on both the wetlands and the former Zuiderzee. From here you are nearby the Beemster Polder, dating from the 17th century, am exeptional example of reclaimed land in the Netherlands. Fort Edam and Beemster Polder are listed as Unesco World Heritage.

The neat city centre of Edam offers you classy shops, cafe terraces with a lot of atmosphere and a wide range of sights such as the Great Church (in its form the biggest in the Europe) with its stained glass windows, the cheese weigh-house and the museum.

Edam is known around the world for its cheese. In July and August you can visit on Wednesday the worldfamous cheesmarket.

After this impressive hustle and bustle you can easely slide in one of the best kept secrets: the calm in less than an hour from the capital city Amsterdam.

We recommend our organised City Walk or Circular Cruise with specialised guides to get an even better impression of our lovely city.

Enjoy your stay in Edam and we are looking forward to welcome you at the Tourist Office.

The most obvious association with the name 'Edam' is 'cheese'. For centuries the well-known round Edam cheeses have been sent from this litte town to all corners of the world.

The cheese market, once again restored to its place of honor, is enacted weekly during the summer months. And nearby cheese warehouses keep alive the memory of a colourful post. There are also the cheese farms in the area of Edam en Volendam. However, Edam is more than cheese. 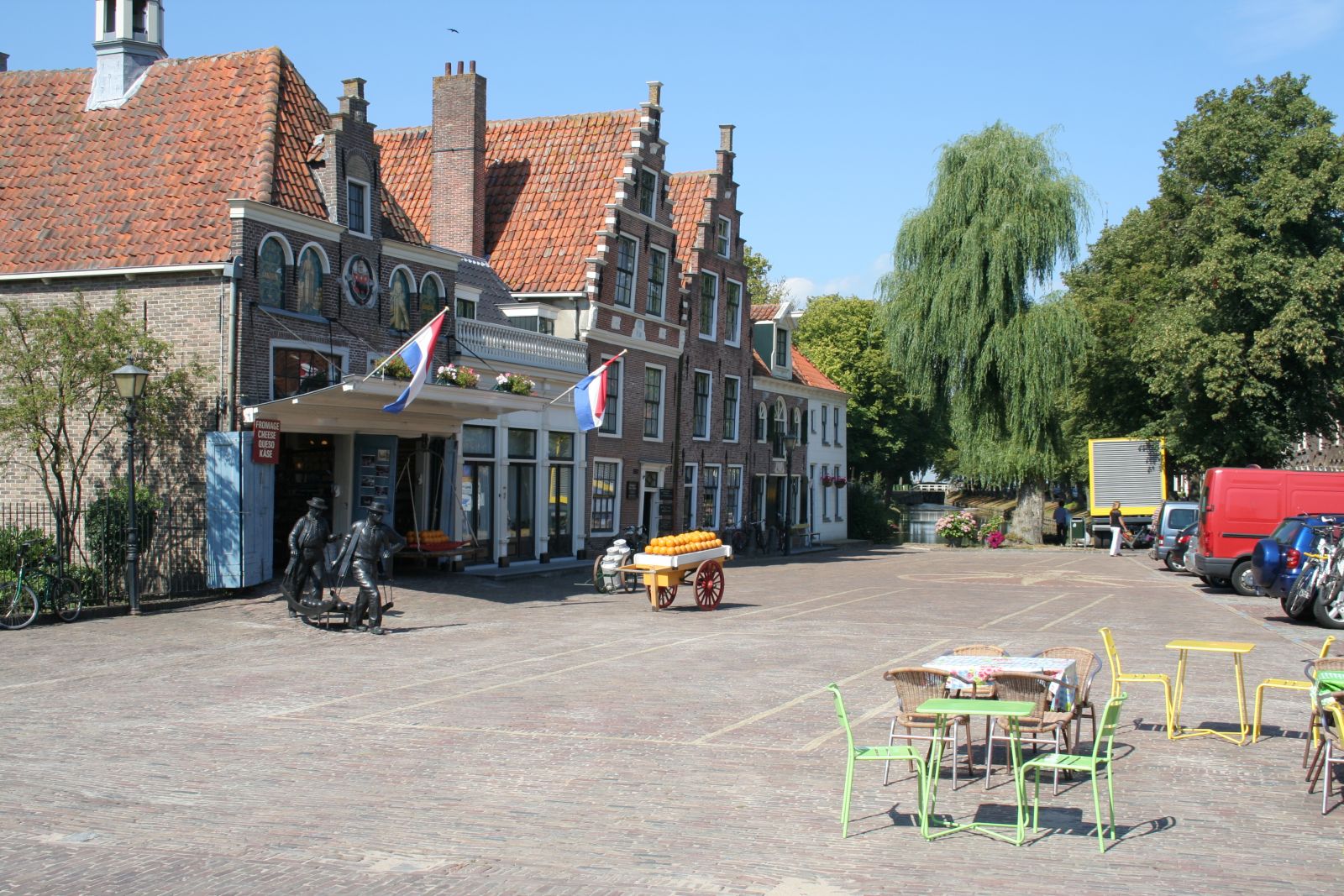 Edam is a city with a rich history. It began in the 12th century, when farmers and fishermen settled along the little Ye river. With that 'Yedam' was a fact.

This primitive settlement developed into an increasingly prosperous town well into the 17th century. Shipbuilding played an important role in this growth. 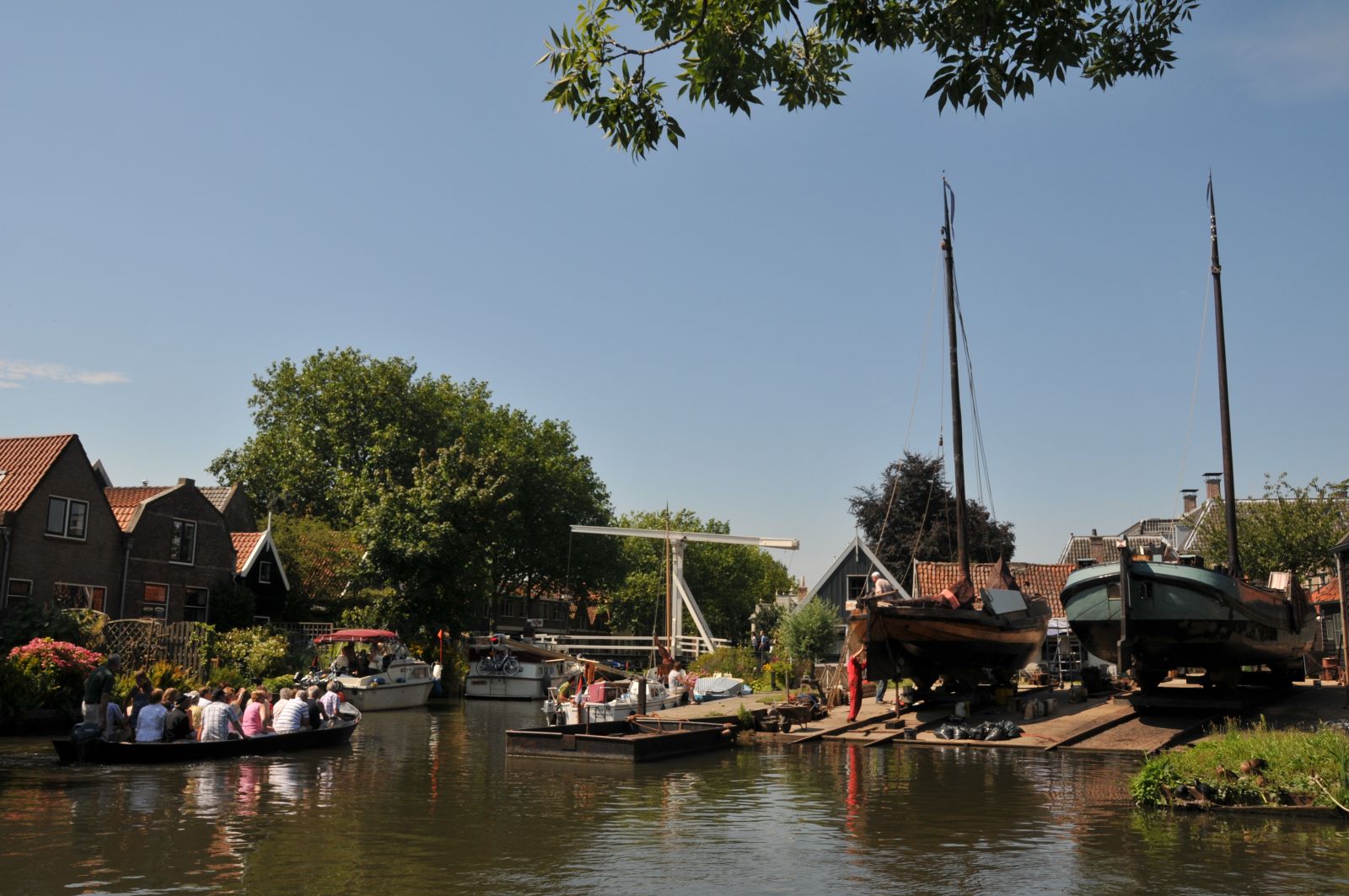 Once Edam had a great number of ship yards building many famous ships. A good example is the 'Halve Maan' (Half Moon), the ship that the Englishman Henry Hudson sailed in 1609 when attempting to discover a northern route to the East Indies.

A futile attempt in fact, because he stranded on the island of Manhattan! Beside shipbuilding, commerce was a major contributor to the thriving development of Edam.

Together with Amsterdam, Hoorn and Enkhuizen, Edam was one of the most important commercial towns in Holland.


Today Edam is a town with authentic 17th century architecture, convincing proof of its rich past. When walking along the old streets and quiet canals, one can easily imagine how it must have been in a Dutch town centuries ago.

Well preserved gables, squares, bridges and monuments capture and hold the attention of the visitor. 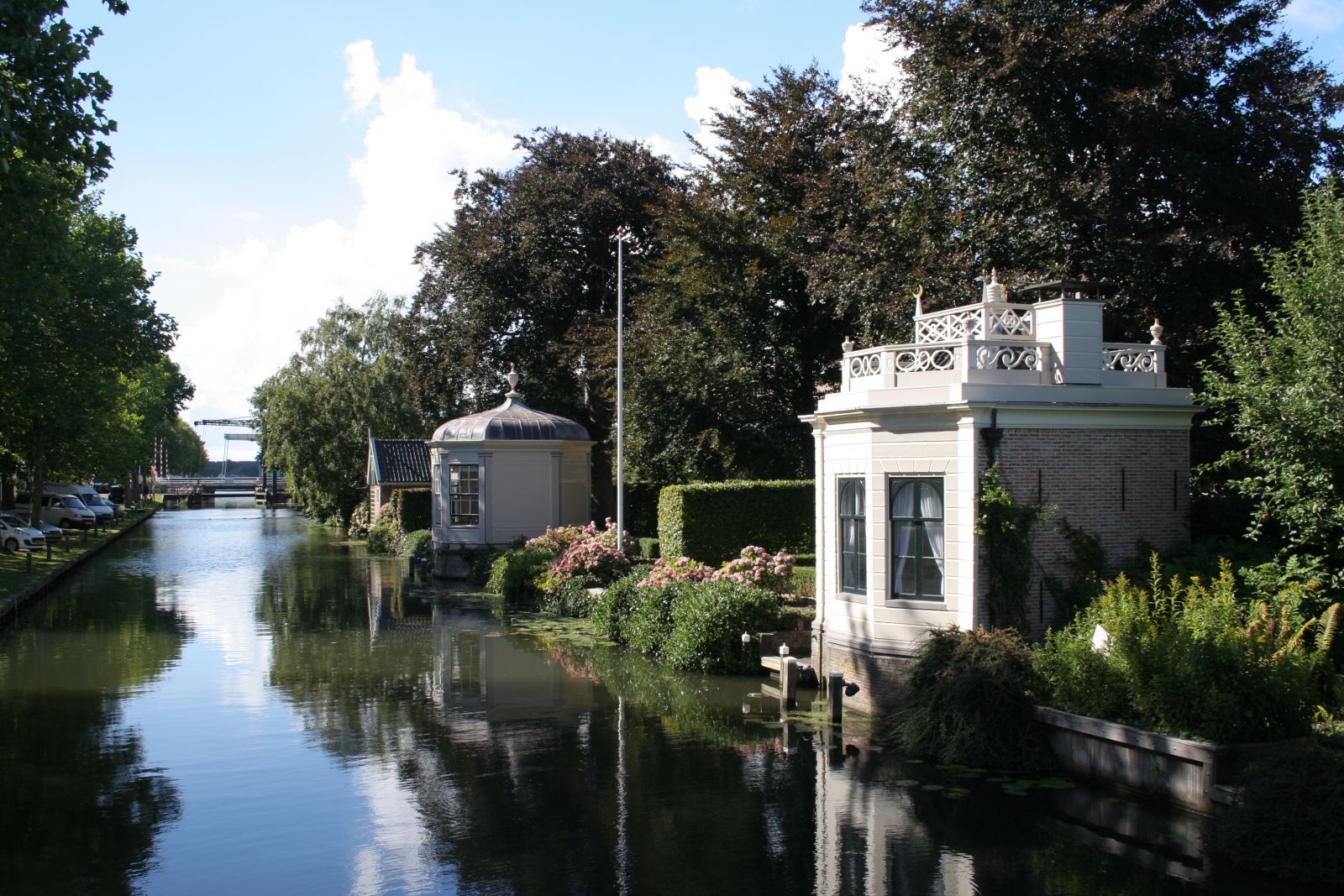 A stroll takes one past the tea-houses on the 'Schepenmakersdijk', the leaning Carillon tower (1561), the museum with the floating cellar and the Tourist Information on the Dam square -once the town hall of Edam- to the 'Grote Kerk' (Great Church).

This church is one of the largest churches in the Netherlands. It has an extraordinary collection of richly coloured stained glass windows dating from the 17th century.

Edam has more to offer: cosy shopping streets and convivial terraces where once can enjoy a drink, a bite to eat and the local colour. 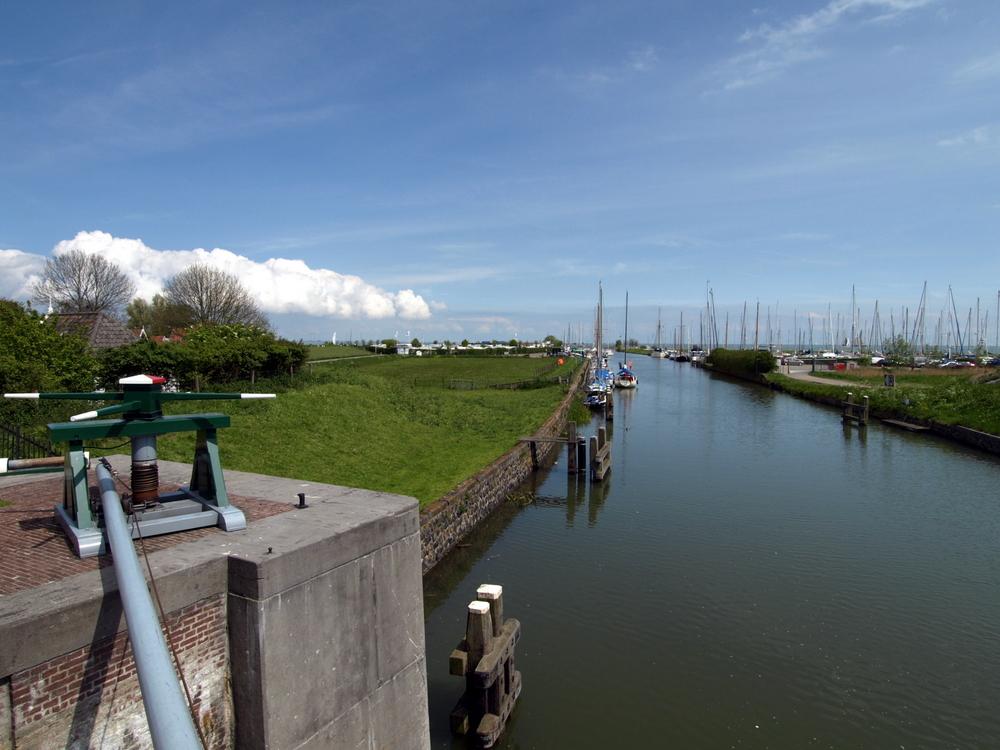 There is the 'Strandbad', a campsite on the edge of the IJsselmeer. Countless watersport fans from far and near have found their way to this campsite and public swimming area, just outside of Edam.

We could easily continue summing up the attractions Edam has to offer, but we prefer inviting you personally to come to Edam and discover the quiet and beauty of this little IJsselmeer-town. You're more than welcome!