Here you will see a listing of all the cultural parts of Edam-Volendam and surrounding areas. 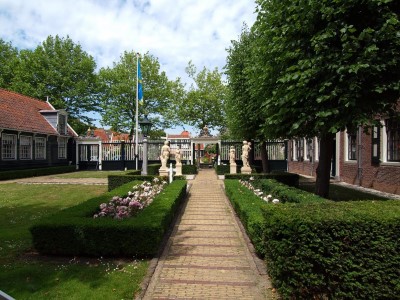 This is the building of the 'Hoogheemraadschap van de Uitwaterende Sluizen', built in 1785.
This legislative body has been controlling the water levels of North Holland for more than 400 years. Now the task of the Hoogheemraadschap encompasses the purification of waste water and the quality control of surface- and drinking water. Behind the high wooden fence, three 18th century buildings surround a very attractive courtyard which has pathways of yellow and purple bricks, statues and colourful flowers of the season.
Above the gateways are two decorative carvings depicting, in the centre, the coat-of- arms of the Hoogheemraadschap. They show lock gates to signify water regulation and the dolphins at the side represent the preservation of the land from the sea.
One is crowned with the Emperor's crown and the other with the King's crown to denote the influence that Emperor Karel V and King Philips II had in its instigation. 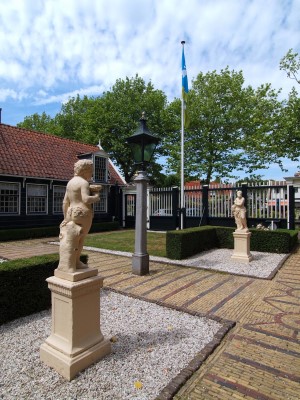 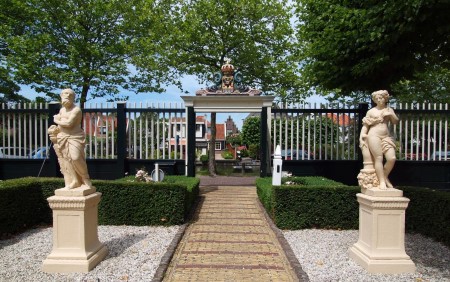 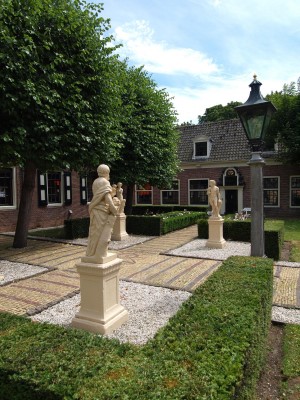 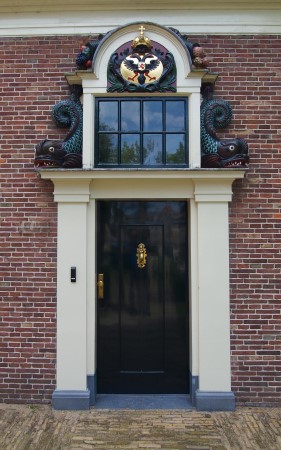